Dr. Who Meets The Black Angels 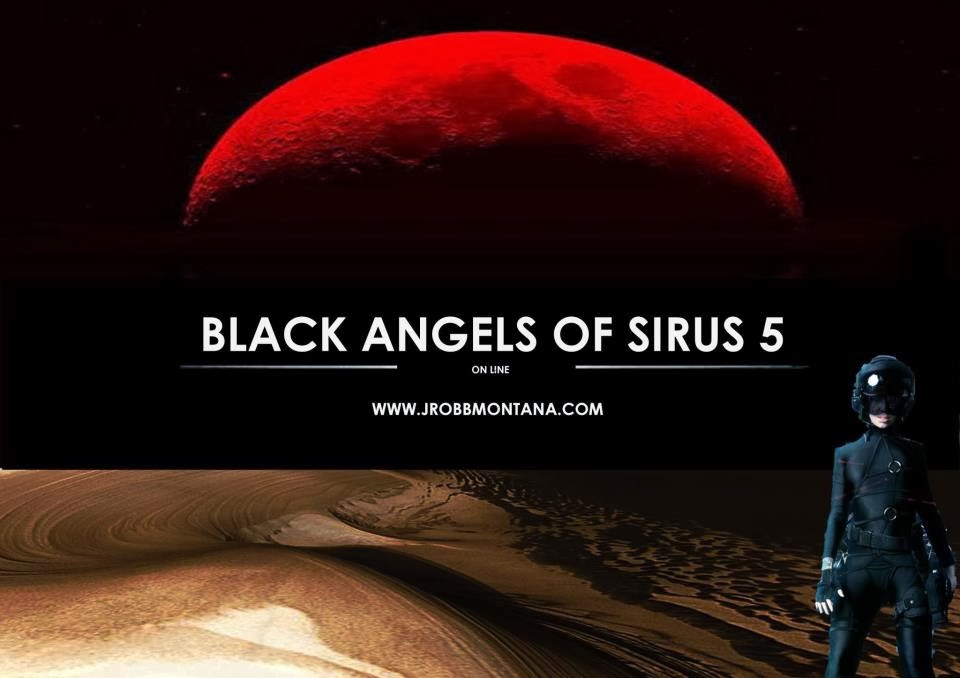 In Tribute to Doctor Who 50th Anniversary

The unknown capsule ripped through the void of space spiraling earth bound.   Violently the craft entered the earth’s atmosphere racing towards its inevitable  crash into the Mediterranean Sea.

The gigantic defense tracker quickly monitored its projection alerting an Emperor Guard half asleep. Screaming alarms catches the soldier off guard making him lose his balancing perch, crashing to the floor.  He quickly scrambles off the cold granite slab, reaching for his com-set laying on top of the console.

Fixed back on to his head he blares out his attentions,” Oh dear my lords. Commander! An unknown craft just crashed along our coastal seaboard."

He listens intently for a response; nothing but background static.

Finally, what seems like hours a weak monotone voice comes over his headphone,” Alex speaking. State your emergency.”

The Emperor Guard straights up as if in the presence of the Lords Our Gods, ready to do his duty,” It’s Lieutenant Zarita. I have pressing news for our Lord, our Queen Isis.”

Alex,” One moment Lieutenant,” there’s a brief silence, then,” Lieutenant.”

“This had better be an emergency, for your own sake Lieutenant,” Alex’s eerie monotone voice quickens the Lieutenant’s heart. He reputes nervously,” Yes...Yes it is!”

Lieutenant Zarita waits, impatiently tapping his feet.  Minutes seem like hours and then, a stern female voice shakes the Lieutenant back to attention.

“What is it Lieutenant?” Karen commands.

“My dear Queen Isis, it’s an honour to be within your presence,” Lieutenant Zarita relishes up his best performance.

“Yes. Yes Lieutenant,” Karen is not impressed with the obvious sucking-up. Sometimes her new title as Queen Isis seems boorish at times. She thinks to herself, “ Being Queen can be annoying."

Karen is beginning to lose patients,” Lieutenant! What is the meaning of this? Tell me your emergency!”

The quivering voice on the other end is very apparent,” Yes my Queen! It appears we have an unannounced visitor my dear Queen, and...”

Karen is becoming annoyed by the minute,” And what!”

“Please forgive me my Queen, but it seems the craft has crashed into the sea.”

“I see, “Karen is beginning to wonder if this lieutenant can have a brain at all. She tries her best to remain calm. It’s like talking to a child,” Lieutenant? Is the craft retrievable? Did you happen to send out any Emperor Guards to check shoreline? Or how about dispatching a cruiser?"

Karen’s hears nothing but heavy breathing; she retaliates,” Well?”

“My Queen, I haven’t as of yet,” the nervous Lieutenant finally speaks,” Would you like me to do this my Queen?”

“By your command My Queen!,” Lieutenant Zarita says with some determination.

Karen removes the com-set and places it beside her, she gets out from under the covers of her bed. Alex immediately covers Karen with her Egyptian robe. The Commander from Sirus 5 walks out to her elaborate balcony overlooking her dynasty. The early morning is cold, typical for any desert. She covers herself even more, her fingers playfully tinkering with her black sapphire diamond.  Twirling the cold medallion she realized her finger tips are actually numb.
Holding the sapphire brings back so many memories, her eyes filled with tears contemplating the past 10 years.
Alex comes back offering Karen a herbal tea to help ward off the cold. Karen snaps out of her trance, nods and takes a sip. She signs with relief. Her hands welcome the radiating warmth from the glass cup.

She shudders,” Fall already Alex. Not sure if I’ll ever get use to these short seasons, never mind the year.”

Alex nods,” Yes My Queen, a year on Sirus 5 was twice as long as Earth. Should we be off?"

Karen nods," Get my cruiser ready, will you Alex?"

"It's ready Commander" Alex looks at Karen with almost a sarcastic tone, just enough for an android.

"Of course it is," Karen smiles," Well then, lets get going, shall we?"

Karen heads out of her chambers already dressed in her armor. She leads the way immediately followed by a convoy of armed androids. She quickly heads towards the massive foyer of her newly constructed Pyramid. More Emperor Guards greet her along with her long time friend Ezzy.

"Apparently we have a visitor," Karen greets Ezzy, " It appears it's unannounced."

Leading out the main foyer Karen is greeted with her specialized cruiser, already hovering in the early morning sun.

"Never seems to be a dull moment," as Ezzy helps Karen aboard.

"No. Doesn't seems to be." Karen smiles," Lets go see who's our new visitor."

Ezzy smiles back," Just like old times my Queen"

The Cruiser lifts off seamlessly into the morning sun. It's not long before the crew settles down along the shores of the Mediterranean Sea. Bustling with activity the Emperor Guards with Lieutenant Zarita shouting out orders. He see's the Queens cruiser, stops immediately and rushes over. 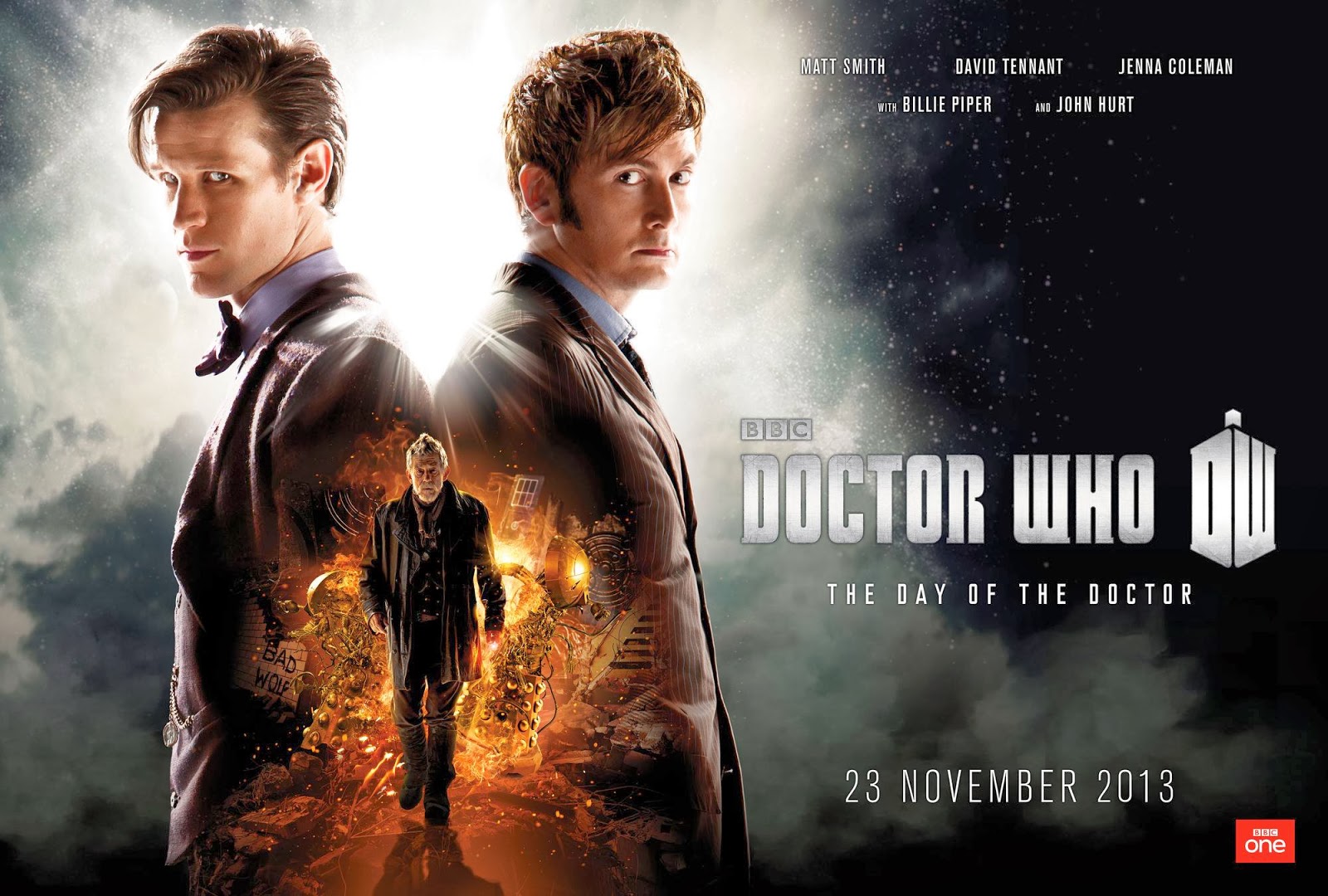 Karen steps out of the cruiser with her convoy of guards.  Lieutenant Zarita greets his Queen, bowing nervously," My Lord Almighty Queen Isis, I'm so glad you came in such short notice."

"Yes...Yes. Get up," Karen says, looking determined, " What have you come up with Lieutenant?"

"Yes my  Queen. As you can see in the distance, we have just recovered the strange looking craft," the Lieutenant boasts eagerly.

Just off the shores a Sirian craft is towing what seems like a rectangular blue box. Karen looks intently shading her eyes from the morning sun.
It wasn't long before the craft gently landed the long rectangular blue box on the desert sand. A barrage of guards surrounded it in tight formation.

Karen and Ezzy watched in the distance. Nothing moved. Suddenly the small frame door opened. A strange young fellow wearing a black leather jacket appeared, a little wearily. Karen and Ezzy look at each other.

"Well. Isn't that strange,"Karen says," What do you make of it Ezzy?"

"Not too sure, but I figure it's obviously an male humanoid of some sort. Wonder what brings him here?" Ezzy begins to head over for a closer look, " You better stay here Karen. You just never know."

Karen nods as Ezzy heads off towards the new visitor. She can see Ezzy and the new stranger talking, but can't make out whats being said. The stranger is waving his hands, while Ezzy finally points towards Karen. The accession of guards carefully follow Ezzy and the man heading towards Karen.

Karen is well protected by her own Emperor Guards, knowing all to well, she's not really in any danger. The closer they get, Karen notices the young man is thin and slightly tall.

The man greets Karen with enthusiasm, holding out his hand and giving a vibrant bow," Oh this is just simply marvelous. It's a pleasure to meet you Queen of Isis. Would you happen to be the 1st Dynasty?"

Karen is amazed by the amount of energy in his step, never mind that he likes to talk a mile a minute, she begins," It's my pleasure Sir. What's your name?"

" What brings you here doctor?" Karen begins to quiz the doctor, knowing all to well there must be some kind of purpose, " And more importantly, how did you know who I am and...where did you come from?"

"Now those are really good questions my dear Queen Isis. I originate from my homeworld Gallifrey from the constellation of Kasterborous. Galactic coordinates are ten-zero-eleven-zero-zero by zero-two from galactic zero centre. Basically it is located in a binary star system."

Karen is impressed, " I see doctor. I've never had the opportunity to visit, but I hear it was in turmoil."

"Why. That's correct my Queen Isis. How did you know?" Dr. Who admires Karen's intellect.

"We originate from planet Sirus 5 of the Sirius Cluster. Our King Osiris told us stories of this place in time," Karen is intrigue by this young man," If I understand it correctly, you're a Time Lord."

"And according to history you're are the last of it's kind," Karen interrupts," So. Tell me doctor. What brings you here?"

"Oh good. A woman decisive and to the point. Never mind the small talk. Let's get right to business shall we," Doctor Who rattles on.

Karen is a little surprised," Yes. Lets. Tell me then. What's your purpose here?"

"It's all relative, really," Dr. Who carries on," I'm actually here to tell you I  just came from the future..."

"Yes. Really, Doctor Who speaks back, " I must warn you of an error in your genetic calculations. It appears your genetic DNA for Apeman has lead to a drastic fault in it's own DNA."

"Is that so," Karen is amused," What kind of error have you noticed doctor?"

"Your DNA creation has distorted a missing gene," Dr. Who quickens, " To put things in perspective and to the point, You must change back what you've created. You are destroying the very people I love."

"Why doctor? What has happened in the future?" Karen quizzes for more information.

"They have become displacement. You can say they're destroying themselves. You must trust your instincts in this matter. In the very least you must fix the problem you've created," Dr. Who says with even more conviction.

Ezzy interrupts," You mean you want us to trust these Apes? Are you kidding doctor!

Karen puts up her hand to Ezzy, frowning for the interruption. Ezzy rolls her eyes in dismay.

Karen looked sternly at him," What problem doctor? We haven't destroyed this race. We've improved them. Human Beings are just fine. They may need our constant guidance. Just like any other child. But there really isn't any need to be concerned. There isn't any danger. And besides, if anything the future should make them stronger and wiser. Wouldn't you say doctor?"

Doctor Who shakes his head, "No. In all respect, but that isn't the case at all. Mankind as a whole has become increasingly dis-respondent. Their civilization is crashing all around them. They have given up entirely. It's quite sad really. We must do something here and now."

"Yes. As a matter of fact I am. That would be wonderful my Queen." Dr. Who smiles.

Bari is screenwriter for Black Angels of Sirus 5. To celebrate Dr. Who 50th Anniversary, he decided to write something of his own related to the Dr. Who Series on BBC. He started watching Dr. Who in around 1967.